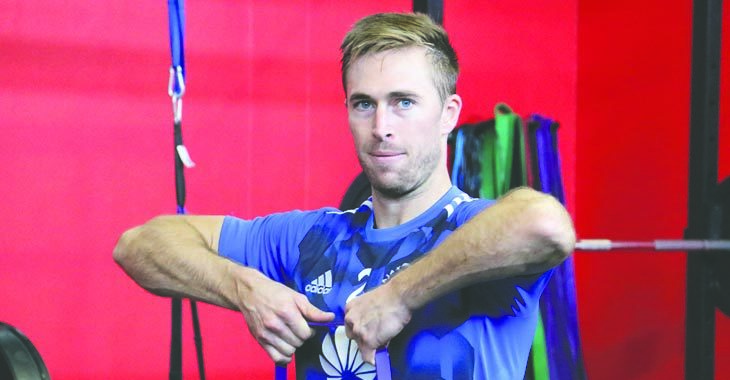 Head of Medical at Ajax Cape Town, Jantho Greyling has given us the latest from the Medical Room as we prepare for our forthcoming Absa Premiership clash against Bidvest West.

The Urban Warriors welcome the Clever Boys to Athlone Stadium next Wednesday, in a re-scheduled league fixture.

“He is in the final phase of his rehab following surgery. He is doing very well, no problems. But, I don’t foresee him being ready before the end of the campaign. Unfortunately he will only feature again next season.”

“Tokkie injured his knee in the match against AmaZulu. We were very concerned at the time considering it is the same knee that he had surgery on last season. But, after sending him for an MRI scan there was luckily no serious damage and we are trying our best to get him fit for the game against Bidvest Wits.”

“Tassie injured his ankle against AmaZulu. Fortunately it was just a mild sprain and he will be fit and ready to play in our next game.”

“We are very happy to see Prince back in training since the beginning of this week, after being out action for quite a while. We are pushing hard to get him ready and fit again so that he can feature in our final five games of the campaign.”

“Darren is also back in action after fracturing his index finger in a training session about six weeks ago. He will be available for our MDC clash against Bloemfontein Celtic this weekend.”