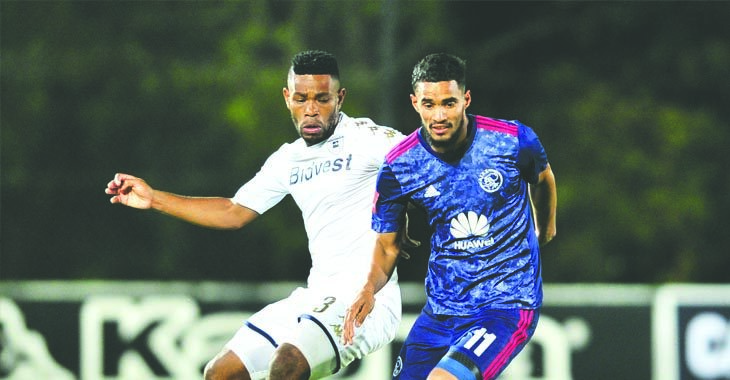 The Cape club have five games remaining to rescue their season, starting with a clash against a resurgent Clever Boys outfit. The game will be quickly followed by another important showdown – away to Chippa United in Port Elizabeth this coming Sunday.

Urban Warriors head coach Muhsin Ertugral remains upbeat and positive that the club will find much needed momentum at this pivotal stage of the campaign.

“Things are just not going our way at the moment – the ball is not bouncing in our favour, but we can’t let that get us down,” said Ertugral.

“The morale is high, we remain positive and we have to win on Wednesday – same on Sunday against a Chippa United side that have confidence following a convincing win over Kaizer Chiefs.”

Ertugral continued: “We need to win against Bidvest Wits and we are fully focused on doing just that. Our record at home is good – we need to take advantage of that on Wednesday. It is vital that we pick up some sort of momentum.”

Ajax Cape Town are unbeaten in their last four home fixtures, which included wins over Platinum Stars (3-1), Orlando Pirates (3-0) and SuperSport United (2-0) in the club’s most recent clash on home soil.

Our opponents stretched their unbeaten streak in the league to nine matches with a 2-1 home win over Maritzburg United last time out. The Braamfontein-based club recorded victory by the same margin in the corresponding fixture, in the Mother City, last season despite Erick Chipeta’s goal of the season.

The game will kick-off at 19h30 CAT and broadcast on SABC 1. Tickets are on sale at Computicket.