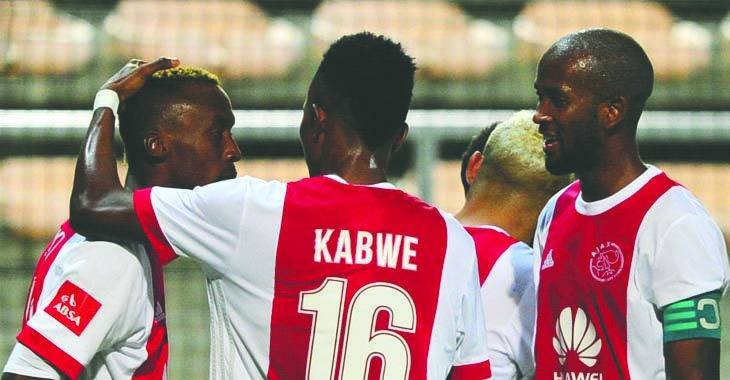 Ajax Cape Town returned to winning ways in the Absa Premiership with a 1-0 victory over Bidvest Wits at Athlone Stadium on Wednesday evening.

Yannick Zakri scored the only goal for the hosts who were forced to absorb large amounts of pressure for most of the second half.

Following a high octane, end-to-end start to the clash, the Urban Warriors deservedly hit the front with 26 minutes on the clock. Zakri raced onto a through ball by Fagrie Lakay before slipping the ball past Darren Keet with a neat finish to put the hosts a goal up.

The Clever Boys went in search of an immediate reply and went close to finding the equalizer on the cusp of half-time as Lehlohonolo Majoro watched his attempt canon off the woodwork .

Bidvest Wits continued to pile on the pressure following the interval with former Urban Warriors skipper Granwald Scott firing a powerful shot inches over the crossbar in the 65th minute.

Ajax Cape Town, though, should’ve wrapped up the encounter with five minutes remaining, but Lakay fired his attempt wide with the goal at his mercy following good work by Zakri.

The miss mattered little, though, as Muhsin Ertugral’s men successfully held on for all three points as the club now set their sights on Chippa United – this coming Sunday in Port Elizabeth.