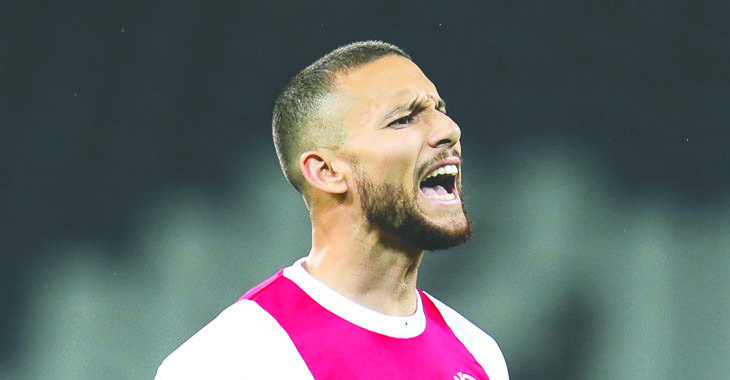 If the last three games are anything to go by then we as Ajax Cape Town Football Club are in for a thrilling finale to the 2017-18 Absa Premiership season.

Mosa Lebusa scored a 93rd minute winner to secure a 1-0 win for the Urban Warriors over Baroka FC on Tuesday evening, to temporarily move the club out of the relegation zone.

Victory over Baroka was preceded by a 1-1 draw away to Chippa United. Yannick Zakri netted a stoppage-time equalizer for the Urban Warriors who have put together a three game unbeaten streak at this vital stage of the season.

There is not doubting the fighting spirit and commitment of Ajax Cape Town and with games against Mamelodi Sundowns and Kaizer Chiefs to end off the season, the club will have to build on it’s momentum to finish the campaign on a high.

“It [victory over Baroka] was very overwhelming, we needed the result so badly,” said Roscoe Pietersen who watched on from the bench as Lebusa headed home in the dying minutes. “Being on the pitch, sitting on the bench – you are so close to the action that you feel all the emotions.

“We kept on encouraging the guys and in the end of the day we got the goal. The feeling was so overwhelming, there is no words to describe it. It was like scoring a late winner in a cup final.

“We have strong character as a team, the last three results have been massive for us – the morale is high in the camp and we are ready for our last two cup finals, starting with Sundowns on Saturday,” Pietersen concluded.