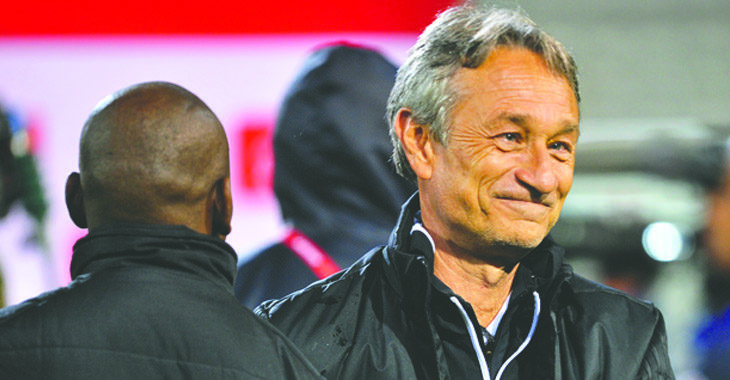 Ajax Cape Town head to Atteridgeville on Saturday afternoon in the penultimate round of the 2017-18 Absa Premiership season. Kick-off is at 15h00 CAT.

Now, more than ever, the club need to upset the odds with victory at what is expected to be a packed Lucas Moripe Stadium as the Brazilians aim to bag yet another league crown.

The Urban Warriors showcased unbelievable determination to secure a last-gasp victory over Baroka FC in Athlone on Tuesday. Mosa Lebusa scored with 93 minutes on the clock to secure a valuable win for the club.

“The boys didn’t give up, and kept on going until that last chance in the last minute, which shows the character that we have,” head coach Muhsin Ertugral said in the aftermath.

“And what I have seen in training over the last couple of weeks was just amazing, just the way and how hard the boys are working. I think we played our hearts out . Everything goes out to the boys, it was marvelous how they played.”

Ertugral’s troops, though, swiftly moved on from what was an overwhelming win to focus fully on this weekend’s crunch clash.

The Brazilians pose a monumental hurdle. Pitso Mosimane’s men are unbeaten in the league since January (11 games) and have scored 46 times in the league this season.

“Sundowns are a great side. How they play is unbelievable. I have great respect for them. They are not easy to play against and we will have to find a way to stop them.

“This game for us is very important and we have to find a way to stop them [Sundowns],” Ertugral concluded.

In head-to-head stats, Ajax Cape Town and Sundowns have met in 37 league matches since the 1999/2000 season. The Brazilians have claimed 15 wins compared to 11 for the Urban Warriors, while 11 matches have been drawn. The Tshwane side has won nine of 18 home league matches in the rivalry, suffering four defeats in the process.