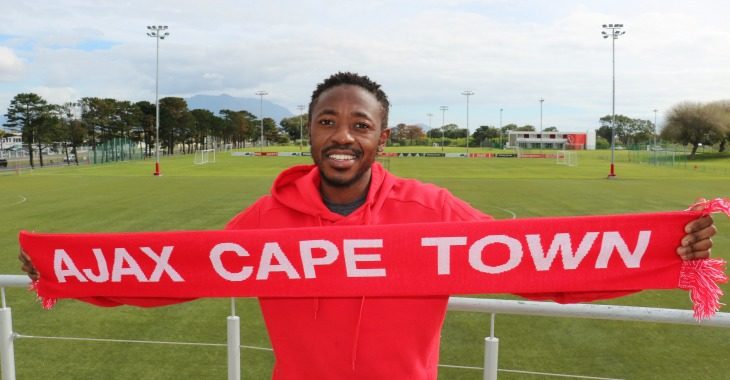 Ajax Cape Town can officially confirm that Raymond Monama has joined the club on a permanent deal.

The 29-year-old is the club’s fourth signing of the transfer window and comes in as a valuable addition to our midfield. Monama follows Shu-Aib Walters, Thendo Mukumela and Guy Stephane Bedi in joining the Urban Warriors family over the past few weeks.

The Limpopo-born playmaker could make his debut for the club this weekend. Ajax Cape Town are away to Jomo Cosmos in Tembisa on Sunday in the opening round of the 2018-19 NFD season.

Everyone at Ikamva would like to welcome Raymond to the club!