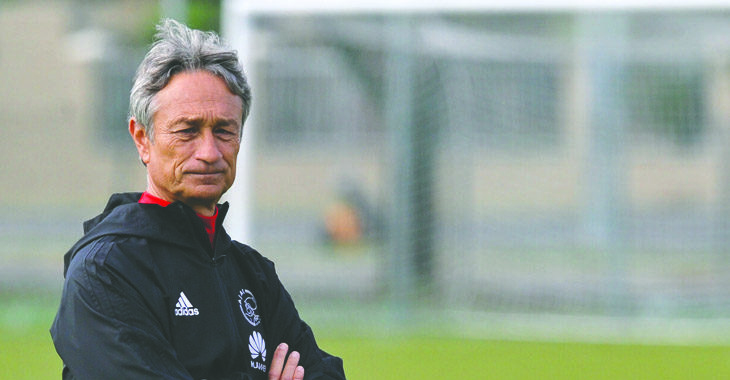 We caught up with Ajax Cape Town head coach Muhsin Ertugral ahead of this weekend’s 2018-19 National First Division (NFD) opener against Jomo Cosmos at Vosloorus Stadium on Sunday. Kick-off is at 15h00.

With the looming tie against a team that reached the promotion/relegation playoffs last season, Ertugral took into consideration the big task of starting the season against Ezenkosi and competing in what is a new environment for the club.

“It was difficult keeping the team focused without a clear goal of where the club stands, who was going and staying and what some of the implications are that would effect the players mentally should we be relegated,” said Ertugral.

But despite the struggles endured by the club over the past few months, there has been a silver-lining with the Urban Warriors able to keep hold of a lot of influential players while also bringing on board notable recruitment’s that boosts our chances of making an automatic return to South Africa’s top-flight.

“All the current signings were wishes of myself, I want to build a squad that looks ahead to a period of sustainability for a couple of years, so hopefully we will make it [win promotion] so that next season we won`t be in a situation where we have to change a lot,” Ertugral added.

Furthermore, Ertugral expects nothing but a tough clash against Ezenkosi with the club and head coach Jomo Sono very familiar with the division.

“I know Jomo, he is a friend of mine, he is a person I respect a lot, our friendship goes all the way back, I always wanted to see him succeed especially in the Abas Premiership.

“Obviously he has been going through a rough patch, but I know him for being competitive because he was very competitive as a player. So his team will be competitive and I know it will be a tough game,” he concluded.