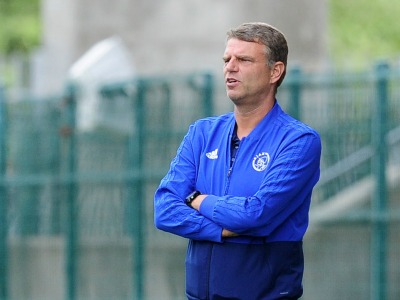 The Ajax Cape Town manager, Andries Ulderink, insisted there is no prospect of his team running out of steam in the promotion race after they were beaten 3-1 by Royal Eagles at Chatsworth Stadium.

Having started the match well and dominated ball possession for most of the first half, the visitors were undone one minute into the end of the first half when a defensive blunder led to an easy tap in from six yard for the home team.

After the break the home team showed no mercy by adding two more goals to take their lead to 3 nil just after 58 minutes.

A 71st minute goal from Thomas Verhaar proved to be just a consolation goal as Royal Eagles moved to the summit of the NFD League for the first time this season with 2 games to go.

A win would have taken Ulderink’s side top and, when asked if he feared Ajax might fade during the crucial final stage of the season, the coach said: “There is still 2 more games to be played, 6 points to be collected and in this league anything is possible you cannot write anyone off as yet. What our team has shown in every game is that we have an excess of energy’.

“It’s clear that we are going to battle it out’ till the final weekend.”