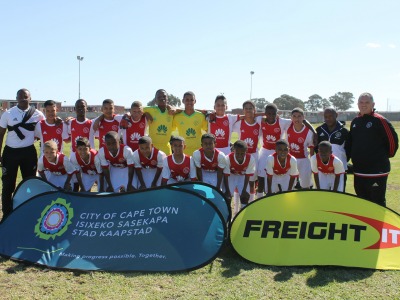 Ajax Cape Town Under 14 team beat Vasco Da Game 3-1 in the Cup Final of the Trinitarians Under 14 Cup in Symphony Park Belhar.

Three goals from Bakhe Sopaqa were enough to brush off a spirited Vasco team that showed good character to be in the Final.

Ajax Cape Town Under 14 Team won all their 6 matches and conceded only 3 goals on their way to the Final.

This was the 4th consecutive win in a row for our U/14 Team as they defended their titles scoring 26 goals and letting only 3 in the process.

Bakhe Sopaqa walked away with the Tournament Top Goal Scorer Award with 4 Goals in 6 matches.

A special thank you to Martin Julie and the Northern Suburb LFA for organising the tournament and also inviting Ajax Cape Town FC to be part of a great Easter Weekend football feast. 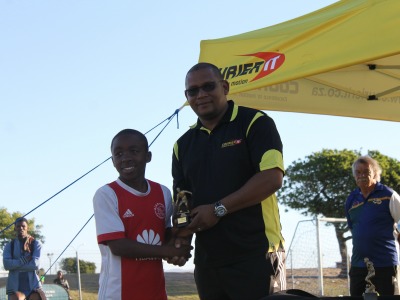 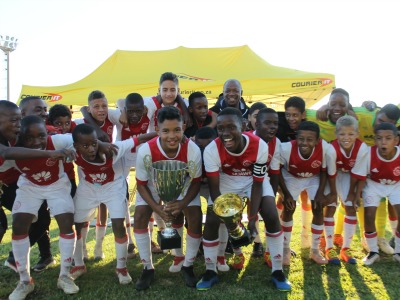