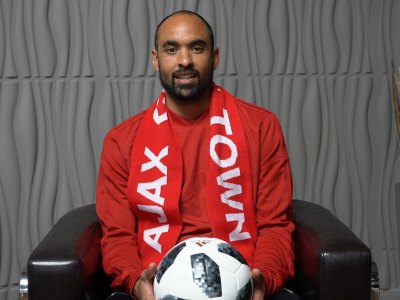 Ajax Cape Town have completed the signing of Eleazar Rodgers after spending a few training sessions under the watchful eye of coach Andries Ulderink.

Despite facing another season in the NFD, Ajax Cape Town FC have shown their intent to make amends this season by signing a proven striker in their pursuit for promotion.

Eleazar Rodgers is the prodigal son of Cape Town having already experienced successful seasons with Santos FC and a short stint with Ajax Cape Town.

Rodgers was signed as a free agent after leaving Free State Stars at the conclusion of his contract at the end of last season.

Eleazar expressed his delight in re-joining the Urban Warriors.

“I am so glad to be back at Ikamva the home of the Urban Warriors. I promise the fans that I will do everything in my power with God’s help in making sure that this great team returns to its rightful place in the PSL.”