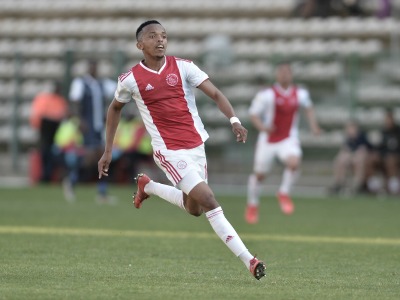 Another weekend of GladAfrica Championship action is upon us and will see Ajax Cape Town in action away to Mbombela United on Sunday afternoon.

Ajax started their season on a positive note last weekend with a nail-biting 3-2 win over Free State Stars thanks largely in part due to a brace from Grant Margeman.

Speaking after that victory Margeman underlined his passion to make Ajax a success this season.

“With the new sponsor and a new league prize I think it gives you more hunger nd motivation to win the league,” said the Ajax man.

“It was a great feeling starting the season on a high and scoring in front of the home fans felt good.”

Swallows FC, on the other hand, will officially make their return to the GladAfrica Championship (formally known as the National First Division) on Friday afternoon.

This after the Premier Soccer League (PSL) this week approved the application made by businessman David Mogashoa to rename Macabi FC following his purchase of the club from Norman Allan for a reported R8-million.

Swallows kicked-off their season with a 1-1 draw at home to TS Sporting last weekend, and while the wait to reclaim their official status of ‘Moroka Swallows’ continues, the famous maroon kit will make it’s welcomed return in Cape Town this weekend.

The Dobsonville club will take on Cape Umoya United in the opening game of the weekend at Athlone Stadium. Umoya, who are coached by former Kaizer Chiefs defender Dominic Isaacs, lost 2-1 away to Tshakhuma Tsha Madzivhandila in the opening round of fixtures.

“Soccer is not like baking cake, it takes time and when we do get it right it will be very difficult to beat us, but our next game is at home, we need to pick up three points at home,” said Isaacs following the defeat.

Three games will follow on Sunday with Jomo Cosmos away to Tshakhuma Tsha Madzivhandila in Thohoyandou while Mbombela and Real Kings will play host to Ajax and JDR Stars respectively.

Ezenkosi held TS Galaxy to a 0-0 draw in their season opener and assistant coach Siza Selby Dlamini feels that the result is a good foundation for the club in their quest of a return to the Absa Premiership.

“We knew that they would be moving the ball around, they are a good team and we had to make sure we keep our lines tight and that everyone moves together.

“I am very happy and we are very excited for the season,” said Dlamini following the game in Kameelrivier.

This weekend’s reduced fixture list is largely due to the on-going legal battle surrounding GladAfrica Championship clubs Royal Eagles and Uthongathi, while TS Galaxy are in Confederations Cup action this weekend.

The Rockets, who won the Nedbank Cup last season, will take on Seychelles club side Saint Louis Suns United following a 1-0 win over the same opponents in the first-leg.