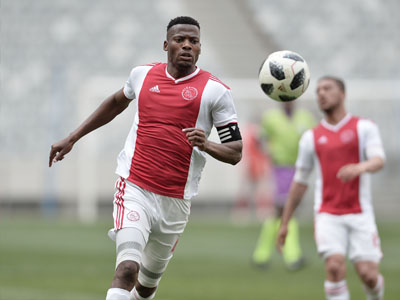 Ajax Cape Town’s captain Isaac Nhlapo has called on the youth of Ajax to rally behind the first team during this season in the GladAfrica Championship.

“It’s very important for the youth to be behind the first squad as they are our inspiration for promotion to the PSL, If we win promotion to the premier league they will benefit from this too. We must all understand our part in the puzzle, I would like to look into the stands before a match and see an army of red from our youth, not because we tell them to be there but because they want to be there.” passionately explained the captain.

Nhlapo was promoted to captain at the beginning of the season after Brandon left for Bidvest Wits, Isaac noted that he had big shoes to fill because Brandon was/is a popular player for the Ajax faithful. He acknowledged the type of leader he must be is firm and decisive like an older brother to the Ajax youth.