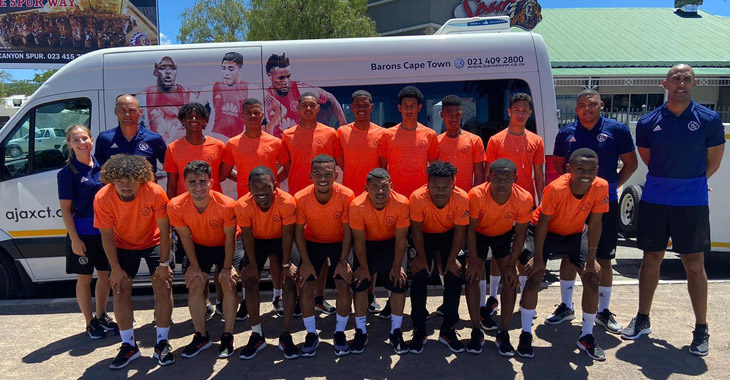 Young Ajax took the long trip to the Beaufort West to take on the Royal blues in the scorching African heat, the young warriors took the long drive to the west where they were met with very hot and energetic opposition.

The boy’s kick-off at 15:00 in 35-degree heat which saw a slow start but the Young Warriours kept possession but never managed to do much with the ball. The first goal of the game came towards the half as a set-piece caught the boys napping which allowed a tap in for the opposition to tap the first goal in.

Ajax were unable to fight off the heat in the second half as another set-piece from a foul saw the ball go into the net. The rivals went into cruise mode as they put the 3rd goal into the net of the Warriors again because of poor marking on a set-piece. The Royal blue kept the points at home to see Ajax with their second loss in two games. The referee was fair and had a positive game which was great for the public to witness.

This is how your team lined up: