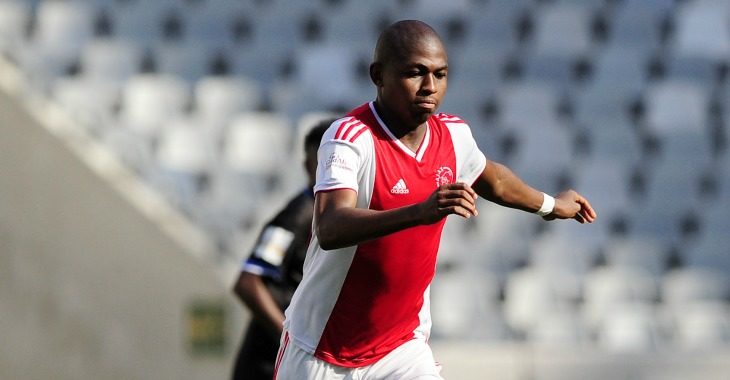 The Urban Warriors drew Richards Bay in the first round of the Nedbank Cup, as usual we landed up with the away fixture. This is the fourth year in a row that Ajax has drawn away in the Nedbank Cup, Ajax don’t have a good reputation against Kwa-zulu Natal Squads especially in away fixtures.

The Richards Bay squad are sitting in the mid table with average performances so far in the league, however they were still tipped to be the favorites because of Ajax’s poor away form. The conditions were extremely hot and humid which worked in the Richards Bay favor.

Coach Ulderink came in with the usual starting eleven, with no changes from the previous line-up. The Urban boys came out with clear intent as they kept the majority of the ball in the first 15 minutes and created a few goal scoring moments which resulted in an early goal for the Warriors in the 10th minute.

Mosadi darted down the right flank to open up the left back where he ran the ball onto the edge of the box and put a clever pass into Mkize’s feet, Mkize made no mistake as he sent in his first goal of the season.

The guys saw out the first half with a rush of attacks from Richards Bay but Hengelman put in a great 5 minutes of work in order to keep Ajax in the game before the half.

2nd half started with an onslaught of attacks from the Bay as they tried to get in an early equalizer but they created to many gaps in their midfield.

Bay tried to double up on the inform Abednigo but the young talented winger saw the gap and ran inside the two markers and got beyond the defensive line, a great solo effort where he buried the ball into the net.

The urban warriors started to wear thin as the sun beat down on the guys, Richards Bay kept trying to find the key to unlock the back door. The Natal Rich Boyz eventually managed to find that key on the 60th minute of the game.

The Captain of Richards Bay managed to take the opportunity when Mkize made a judgment error on the edge of the box which fell nicely for the number 10 who snuck it into the Urban Warrior net.

The last 30 minutes of the game was purely a management of attacks for the Red & Whites as Bay tried to get that much needed equalizer but they just didn’t have enough time to find the crucial goal, which means Ajax managed to win away in the Nedbank Cup putting the Warriors into the round of 32 which could see us play against some old PSL rivals.

All in all a great game the Urban Warriors who will face off against JDR on Friday the 6th at Athlone stadium.