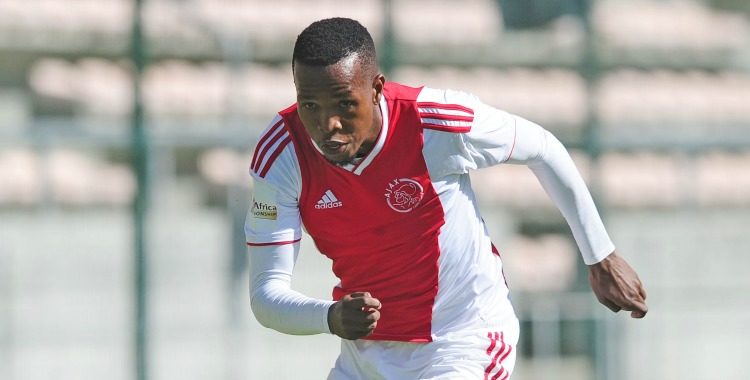 Ajax Cape Town supporters were in high spirits as the Warriors faced off against 2nd from the bottom Jomo Cosmos in a exciting festive season match-up.

Ajax haven’t lost in six fixtures across all competitions which gave them a lot of confidence heading into a fixture against a squad that have struggled to pick up any points in the last few games.

There was excitement in the air as the whistle started the game but it soon faded as the game became stale as Cosmos just sat back to take the hits from the Red & Whites but even this strategy couldn’t work for The Urban Warriors as there was no sting from the Ajax forwards.

The 2nd half seemed to start on the same speed as it left off from the first half. However as the 60th minute came around there was a fire lit under the Urban Warriors to try find the winning goal. Mukumela managed to break the deadlock with a thunderbolt outside the box to give the Warriors a 1-0 lead in the 63rd minute of the game.

The officials started to make very questionable decisions after the ajax goal including multiple off-sides which a visually impaired fan could see Ajax were clearly on-side. Then Thabo Mosadi stepped-up and simply ran with ball passed his marker and ended off the run with a great goal.

Ajax were comfortable with a 2-0 lead but the officials decided that Ajax shouldn’t stay comfortable as the ref gave a ridiculous penalty for “hand-ball” after hitting the back of Johannes in the Urban Warriors box. The away team awarded a goal making the ending of the match a frantic affair as Jomo threw everything forward. Unfortunately for Jomo, Thabo Mosadi managed to fly off with the ball and finish the game with a 3-1 victory.

Merry Christmas to all of our fans and family.