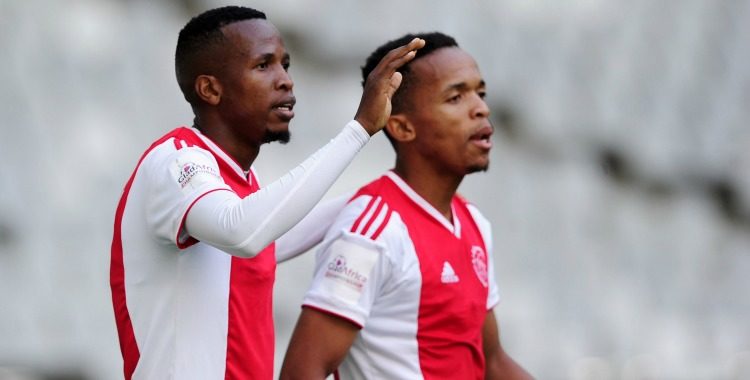 The victory took Urban Warriors to the top of the league standings – a point above second-placed Uthongathi, but the former have a game in hand.

The hosts contained the Urban Warriors in the opening stages of the encounter, but ‎Andries Ulderink’s men upped the tempo towards the half-hour mark.

Eleazar Rodgers came close to breaking the deadlock in the 25th minute, but he was denied by Ali Badra Sangare in the hosts’ goal-posts.

Ajax deservedly scored on the stroke of half-time when a long kick from Nick Hengelman was flicked from Rodgers to Abednego Mosiatlhaga, who netted to make it 1-0 to the visitors.

An enthralling second-half followed as the Urban Warriors continued to attack and they managed to double their lead through Mosiatlhaga.

The 25-year-old attacker completed his brace with a tap in to make it 2-0 to Ajax just after the hour-mark with Thabo Mosadi grabbing an assist.

Rodgers and Mosiatlhaga were tormenting the hosts’ defence and they managed to extend the away side’ lead in the 72nd minute.

This time Mosiatlhaga was the provider as he set-up towering centre forward Rodgers, who beat Sangare to make it 3-0 to Ajax.

The visitors pushed for a late goal and they did score through Cleopas Dube, but it proved to be a consolation as Ajax held onto their two-goal lead and they emerged 3-1 winners.