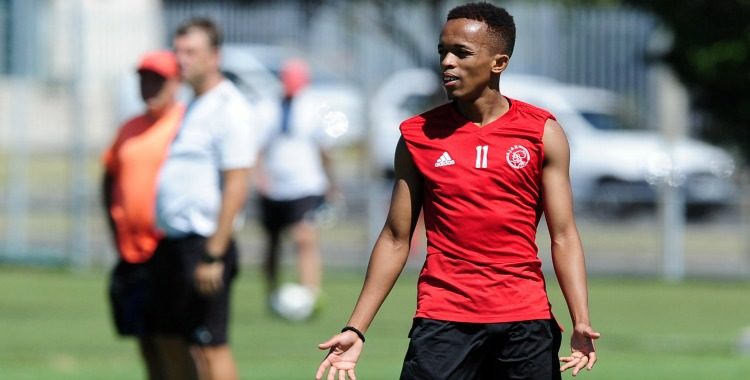 Ajax Cape Town will be away to Steenberg United in the GladAfrica Championship match at the Cape Town Stadium on Saturday.

The Urban Warriors are heading into this clash in great form having won six consecutive league matches including their recent victory over Uthongathi FC.

They secured a 3-1 victory over the KwaZulu-Natal side in a match which was played at the Sugar Ray Xulu Stadium last weekend.

The victory took Ajax to the top of the league standings – a point above second-placed Uthongathi, but the former have a game in hand.

Abednego Mosiatlhaga will be looking to continue his scintillating form and he’s currently placed at the top of the league’s goalscoring charts with 12 goals.

Meanwhile, Steenberg are heading into this match undefeated in their last four league matches including their recent game against Jomo Cosmos.

They played to a 1-1 draw with the former Premier Soccer Legue (PSL) side in a match which was played at Olen Park in midweek.

As a result, Steenberg are sitting on the third spot on the league standings – five points behind second-placed Uthongathi as the battle for promotion continues.

One of their key players is former Ajax attacker Ruzaigh Gamildien, who has been very influential for the team in the current campaign.

Ajax will be looking to complete a league double over Steenberg having won 2-1 at home in the first round encounter in October 2019.