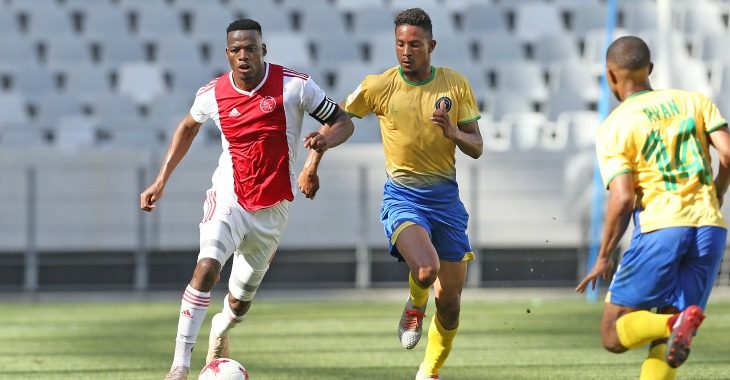 Urban Warriors remain top of the GladAfrica Championship despite the defeat.

Ajax Cape Town suffered a narrow 2-1 loss away to derby rivals Steenberg United in the GladAfrica Championship on Saturday afternoon.

The result at the Cape Town Stadium saw the Urban Warriors remain top of the log (as nearest chasers Uthongathi lost 3-1 at Free State Stars) on 32 points from 16 matches, while Steenberg are up to third on 29 points from 17 outings.

United claimed an early lead in the match when Ruzaigh Gamildien opened the scoring in the seventh minute, putting the hosts in early control.

Ajax pushed strongly for an equaliser through the remainder of the first half and early into the second, but they were unable to capitalise on the chances created and were denied several strong shouts for a penalty.

Things went from bad to worse for the Urban Warriors when Steenberg doubled their advantage with a rare attack in the 60th minute, with Cody August netting his first of the season.

Yet Ajax kept on fighting and pulled a goal back from the penalty spot in the 70th minute, with Roderick Kabwe firing home from 12 yards.

Ajax were denied a legitimate equaliser late in the game when an incorrect offside call ruled out a goal, leaving Steenberg to claim a somewhat fortunate 2-1 victory.

The teams will return to GladAfrica Championship action next week, with Ajax playing at home to TS Sporting on Wednesday night and Steenberg away to Real Kings on Saturday.