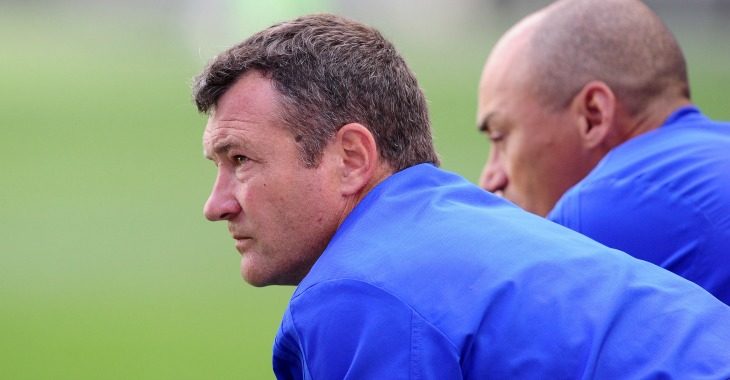 After over three months of no action, Ajax Cape Town is excited by the news that the Department of Sports, Arts and Culture has given football the green light to resume in the country. Read more here.

The 2019/20 campaign was suspended in March due to the outbreak of the coronavirus (COVID-19) pandemic with players initially limited – during this time – to doing physical exercise in the confines of their respective homes.

As we await the Premier Soccer League’s (PSL) official plan for the conclusion of the season, head coach Calvin Marlin has praised the club’s medical staff for all the hard work they’ve put in over the last few months, from a remote area, to keep the players in top physical shape.

“I would like to thank the physio department regarding how fantastic they’ve been during this on-going lockdown. We are blessed to have such a committed physio department. They’ve really done a great job,” said Marlin.

With six GladAfrica Championship games remaining, the Urban Warriors hold a seven point lead atop the standings and are in a strong position to secure promotion back to South Africa’s top-flight.

Ajax Cape Town are set to face the following teams to conclude the season:

“This down time has been all about mental preparation, now it’s time to see who is physically ready,” club captain Isaac Nhalpo added as we await to return to Ikamva for training.