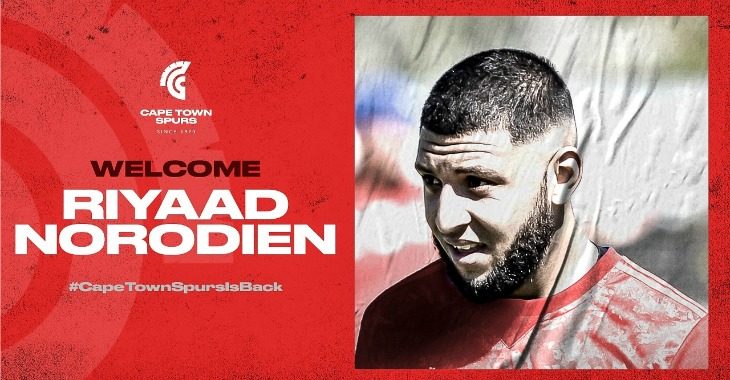 Cape Town Spurs are delighted to announce that Riyaad Norodien has joined the club.

Norodien is no stranger to Ikamva and returns to the venue where it all started, four years after leaving for Orlando Pirates.

The 25-year-old spent time on-loan at Platinum Stars in 2018 before joining Cape Town City later that year. Norodien signed for fellow GladAfrica Championship side Cape Umoya United in February but left the club at the conclusion of the 2019/20 season.

The winger has signed a one-year contract with an option to extend by another two seasons at the end of the 2020/21 campaign.

Norodien is the club’s second signing of the transfer window following the arrival of Lerato Manzini earlier this month.