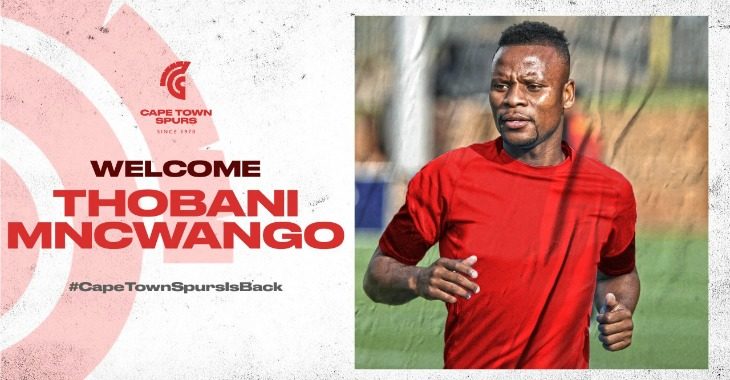 Cape Town Spurs are delighted to announce the signing of Thobani Mncwango for the 2020/21 GladAfrica Championship season.

Mncwango has joined the Urban Warriors on a one-year contract with an option to extend by another season at the conclusion of the upcoming campaign.

The 32-year-old started his professional career in the Limpopo province with Baroka FC and really made a name for himself at provincial rivals Polokwane City during the 2015/16 season, scoring 13 goals in 29 top-flight appearances.

He earned a move to Bidvest Wits in 2018 and most recently donned the colours of DStv Premiership side Black Leopards.