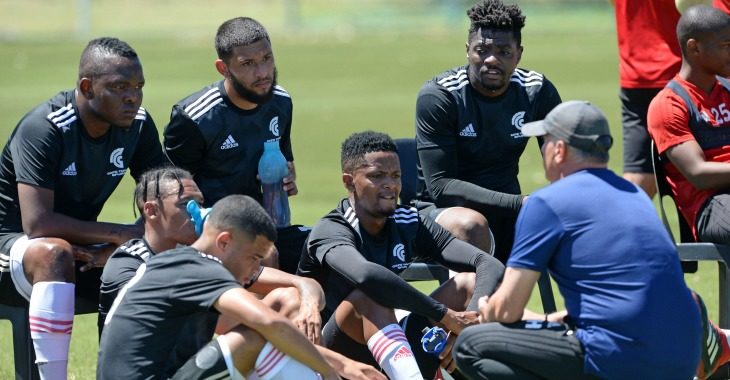 The 2020-21 GladAfrica Championship season will officially get underway this weekend, with Cape Town Spurs at home to Polokwane City at Cape Town Stadium on Friday afternoon.

Spurs have completed two more signings in build-up to the clash with Cody August and Lucky Khumalo putting pen-to-paper at Ikamva.

Polokwane City fly down to the Mother City eager to make a positive start to the campaign following their relegation from the DStv Premiership last season, but will have to do so having lost several key players.

Spurs head coach Vladislav Heric is confident that the Urban Warriors will make a positive start to the season and is wary of the threat posed by Rise and Shine.

“I am positive for this game and I’m looking forward to it,” said Heric. “We are definitely looking for promotion this season, I think every single team is. Our mandate is to get promoted to the DStv Premiership.

“It is my great honour to be head coach of Cape Town Spurs, the club has a long history in South Africa and I’m very grateful and pleased that I got the call to be in this position.

He continued: “I don’t know much about Polokwane [in terms of playing style], they have changed a lot of players, they have basically a new team. [That said] I’m familiar with players at the club and I’m confident we will find a way to break them down.

“It is good that we start at home, but there are no supporters, that makes it difficult. It is a little bit of an awkward situation but that it is how it is at the moment.”