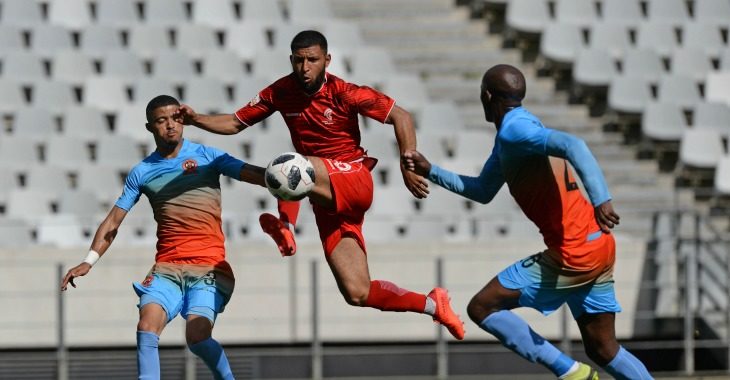 Cape Town Spurs were held to a 1-1 draw by Polokwane City in their opening game of the 2020-21 GladAfrica Championship season at Cape Town Stadium on Friday afternoon.

The opening half in the Mother City belonged in most part to the visitors who forced Darren Johnson into two good saves while Spurs’ only shot in anger came via a long range effort from Riyaaz Koopstadt.

That changed after the interval as both Lerato Manzini and Sonwabile Mfecane missed chances moments after rising off the bench, and the opening goal would follow soon after as Riyaad Norodien rounded off a brilliant move.

Chumani Butsaka found Norodien who made no mistake from close range to give the hosts the lead in the 77th minute, but their joy would be short lived as Rise Shine levelled matters almost immediately.

Both teams had chances to win the game in the final 10 minutes, but neither could do just that as they ultimately settled for a share of the spoils.

The Urban Warriors will return to action as early as Tuesday, with an away match versus Royal AM at Chatsworth Stadium.