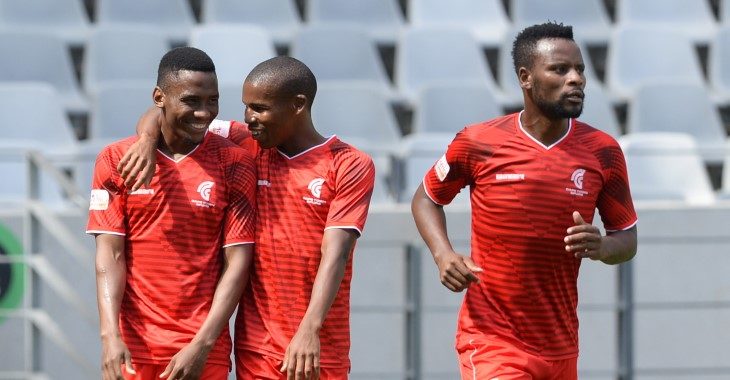 After defeating JDR Stars 2-1 last weekend, the Urban Warriors built on that result with a first home victory of the campaign.

Mpho Kgaswane scored the only goal of the game from the penalty spot in the 13th minute. Spurs were awarded a spot-kick following a deliberate handball from Dillion Solomons in the area which resulted in his sending off.

All Stars were awarded a penalty-kick of their own on the hour mark but Darren Johnson pulled off a superb save to deny Lucky Setelele from the spot.

The visitors continued to push for the equaliser but Spurs’ defence held firm. The result leaves the Cape club just seven points behind the joint-leaders which includes Uthongathi FC who Spurs travel to on Tuesday.