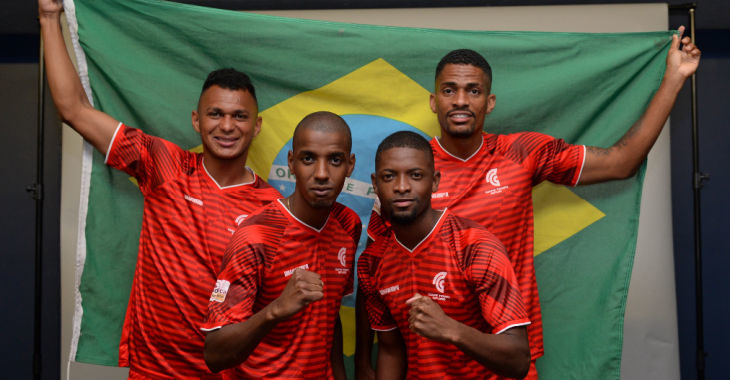 The Brazilian trio join fellow countryman Jairo Souza Da Silva in signing for the Urban Warriors this year and complete our foreign quota, with Botswana’s Mpho Kgaswane the other of our five overseas players.

Batista, 27, joins the club having last played for Ferroviário Atlético Clube in his native Brazil. Prior to that, the towering centre-forward plied his trade in Portugal, Australia and Malta.

Igor, better known as the Brazilian Balotelli, most recently donned the colours of Clube Atlético Serranense. At 24 years of age, he is the youngest of the trio.

Kassiano, 25, is a versatile defender. He cut his teeth at the famous Fluminense academy before spells in Finland, Slovakia, Malta and most recently Thailand.

The trio will be eligible to make their debuts on receiving their respective work permits.

Spurs return to action away to Baroka FC in a Nedbank Cup last-32 tie on Monday before hosting 2020-21 GladAfrica Championship leaders Sekhukhune United in a league fixture five days later.