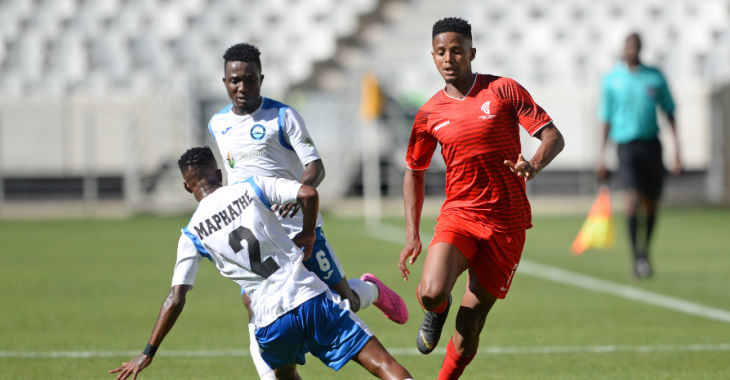 Cape Town Spurs will have little time to lick their wounds following Wednesday’s loss to JDR Stars with a trip to the north coast of KwaZulu-Natal scheduled for this coming weekend.

The Urban Warriors will battle joint 2020-21GladAfrica Championship leaders Richards Bay FC at the Richards Bay Sports Stadium on Sunday. Kick-off is 15h30 CAT and the game will be broadcast live on SuperSport.

“I think we had a good game, we played well, one of our best games of the season,” said Cohen Stander in reflection of Wednesday’s defeat.

“We just couldn’t capitalize on our chances, that was our mistake.  They only had about two chances and scored with both.

“Finishing those chances is something that the team is working on, but I also feel that it is up to the players to take it more seriously,” he added.

Spurs, who are winless in three matches, will be eager to end the Natal Rich Boyz’s unbeaten run. The KZN club haven’t lost in 13 league games, but Stander is confident that Spurs will rise to the occasion and cause an upset.

“I don’t think it will be difficult for us, most televised games the players show up and we haven’t lost a game that was televised. I think it will be a good game and I’m confident we will get a positive result,” Stander said.