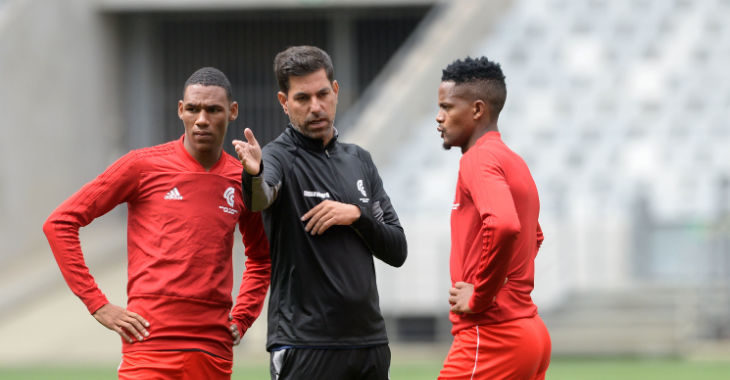 The Urban Warriors will play host to Uthongathi FC at Parow Park. Kick-off is at 15h00 CAT.

The match will be Spurs’ first since a 0-0 draw at Richards Bay FC on the 21st of March, following a two-week break during the FIFA imposed international window.

Uthongathi beat Pretoria Callies 3-1 in a rescheduled fixture earlier this week and will make the trip down to the Mother City in seventh spot on the league standings, 11 points clear of Spurs in 15th.

“Yes, very happy with the international break,” said Spurs head coach Ian Taylor. “We got some good training sessions in and loaded the guys quite a bit in terms of preparing them for this month that has seven games. This month is going to have a lot of ‘maintenance’ and recovery to get them [the players] fresh, it is going to be quite hectic.

“We were also able to work on some structural and organisational aspects, especially attacking in the final third. We are creating chances, but we’ve just been looking at more options in attack in terms of not just going around opponents, but going through them and over opponents. So we worked a lot on those functional aspects and I’m pretty happy with what went down.”

The match against the Cane Cutters will be the first of two home fixtures scheduled over the next week and Taylor has underlined the importance of these back-to-back fixtures in setting the tone for a busy month of action.

“These next two games are our biggest two games of the season up until this point,” Taylor added. “There are obviously still a lot of games left, but these two home games are crucial in terms of if we do collect six points, I’m confident that we can finish the season really, really strong.

“We know that if we can go on a run we can still finish in a playoff spot, but if it doesn’t go exactly to plan I feel that we can push for a mid-table finish, at least. I think this team is good enough to do that, especially from what I’ve seen at training and how the players have responded.

“That said, we are taking it one game at a time. We know we are playing at a new venue so we need to adjust. It is a smaller venue, but we are confident,” he concluded.