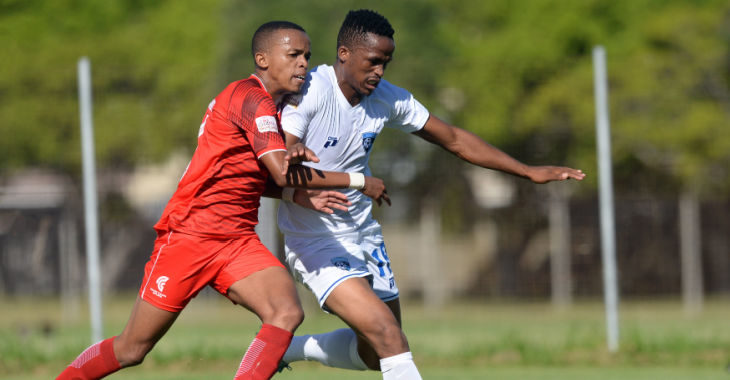 Cape Town Spurs beat Uthongathi FC 2-1 at Parow Park on Sunday for a much-needed win in the 2020-21 GladAfrica Championship season.

The Urban Warriors squandered several chances in the first-half and Toriq Losper was unlucky not to open the scoring just after the 30-minute mark as his attempt cannoned off the woodwork and away from danger.

Head coach Ian Taylor then received his marching orders before the break in what was turning out to be a fiercely competitive outing.

Spurs finally broke the deadlock in the 70th minute as Chumani Butsaka found the back of the net, only for the Cane Cutters to draw level three minutes later.

With Spurs on course to dropping two more valuable points at home, Abednigo Mosiatlhaga stepped up to the occasion with a crucial goal in the first minute of second-half stoppage time to earn the hosts all three points and a morale-boosting win.