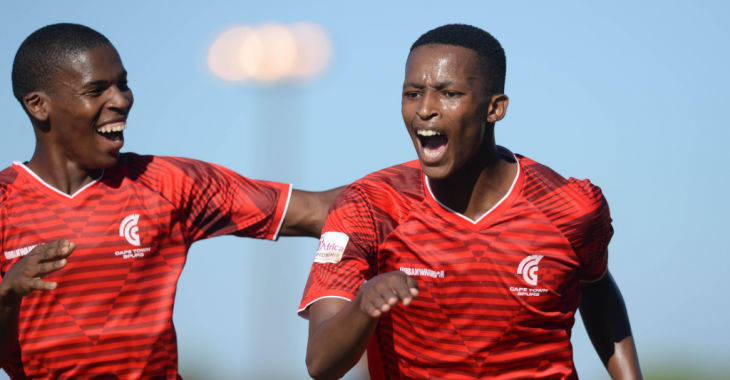 Ten-man Cape Town Spurs came from a goal down to hold TS Sporting to a 1-1 draw in a 2020-21 GladAfrica Championship match at Parow Park on Wednesday.

Sporting made the trip down to the Mother City on a five-game winning run in the league and opened the scoring after just eight minutes following a smartly worked corner-kick.

Spurs eyed an immediate response to falling behind and conjured chances through Abednigo Mosiatlhaga, Junior Batista and Khaya Mfecane but were dealt a major blow in the 41st minute as Kegan Johannes received his marching orders for an off the ball challenge.

But despite going a man down, the Urban Warriors pulled level on the cusp of half-time as Mfecane nodded home a pin-point cross from Cohen Stander.

Both Abantu Bemthetho and Spurs created chances to win the match in the second-half but in the end the two teams had to settle for a point apiece.