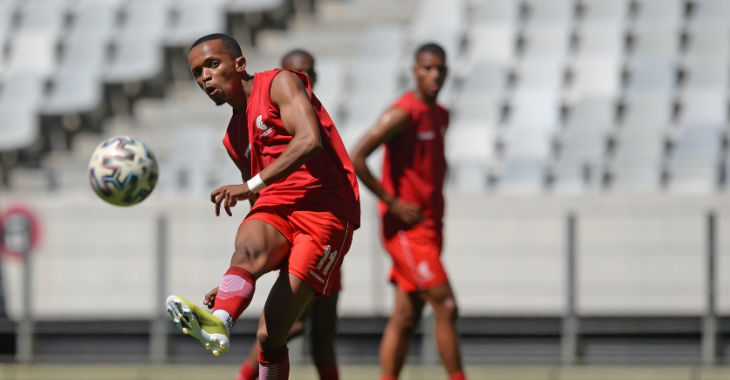 Cape Town Spurs will look for back-to-back wins in the 2020-21 GladAfrica Championship season when they host TS Sporting at Parow Park on Wednesday. Kick-off is at 15h00 CAT.

Abednigo Mosiatlhaga scored in second-half stoppage-time to earn the Urban Warriors a 2-1 victory over Uthongathi FC at the same venue on Sunday.

For last season’s golden boot winner the goal served as a much-needed confidence boost amid what has been a difficult campaign for him personally – mostly due to injuries – and for the team who are currently fighting at the wrong end of the league standings.

“I think personally for me it was a confidence booster because I know what type of season I can have when I’m fit,” said Mosiatlhaga on that goal.

“It was a much needed goal for me personally and as a team we know what position we currently find ourselves in. We don’t deserve to be where we are right now, so we just needed that (win) as one can imagine.

“Going forward that result gives us a lot of confidence knowing that if we are able to get a few good wins we will be where we should be.”

Sporting make the trip to Parow Park having won five games on the spin to move up to second on the league standings as of Tuesday afternoon, but Mosiatlhaga isn’t intimidated by the form team in the division, knowing the competitive nature of the league.

“Honestly I don’t think their results matter that much to us. If you look at the previous game, Uthongathi came down to Parow Park on the back of a 3-1 win and you’ll never say that they are a team that’s way above us in the league with the way we played, so previous results don’t really matter.

“What matters most is the present and we will take it as any other game, we don’t dwell on the fact that they’ve won five in a row, on Wednesday it won’t matter.”