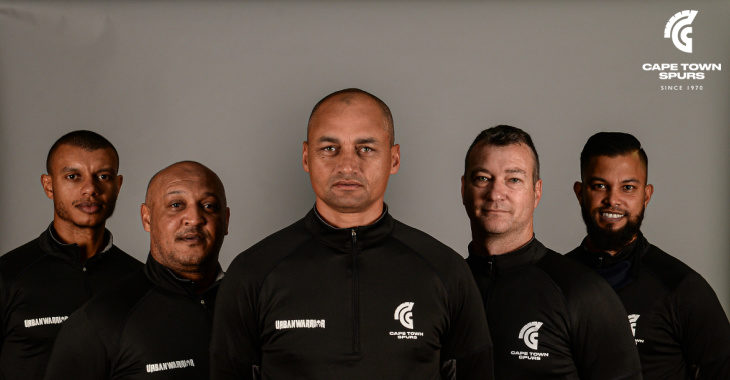 Cape Town Spurs are excited to unveil our coaching team for the 2021/22 GladAfrica Championship season, with Dylan Deane to lead us into the new campaign.
Deane was appointed as head coach at the end of April and successfully steered us to safety with a final day win over AmaTuks at Cape Town Stadium.
He will continue to be assisted by former Bafana Bafana international Nasief Morris while Calvin Marlin returns to Ikamva as Goalkeeper coach.
Furthermore, Monde Magadla has joined the club as kit manager in place of Albert Hendricks who decided to retire at the conclusion of the 2020/21 season.
We will continue to pay tribute to ‘Mr A’ over the next few weeks and CEO Alexi Efstathiou has already announced that he will be inducted as an honorary life member of the club.