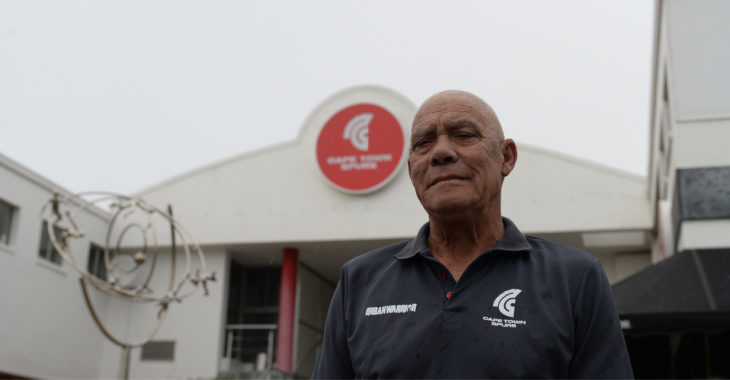 Hendricks served as kit man for both Cape Town Spurs and later Ajax Cape Town since 1984 and has dedicated his life to the beautiful game, in particular to footballers in the Mother City.

Cape Town Spurs honoured Hendricks with their 100% locally produced home and away jerseys for the 2020/2021 GladAfrica Championship season – under the Urban Warriors banner – and will continue to wear the strip in the upcoming campaign.

We will continue to pay tribute to ‘Mr A’ over the next few weeks and CEO Alexi Efstathiou has already announced that he will be inducted as an honorary life member of the club.

“It is the end of an era, I never wanted this time to come. You always feel like there is more time left but that isn’t the case,” Hendricks said at Ikamva on Friday.

“It is a heartbreaking moment for me, but it is the reality of life and I have to accept that. I have to make way for the younger generation.

“The next few weeks will be difficult. Sometimes we think we will live to be 100 or 200 years old, but the body doesn’t allow you to go that far.

“I will miss the club, I will feel emotional but I’ve prepared myself for this day.”

Cape Town Spurs would like to take this opportunity to thank ‘Mr A’ for his loyal service over the last 37 years and look forward to seeing him at our home matches for seasons to come.