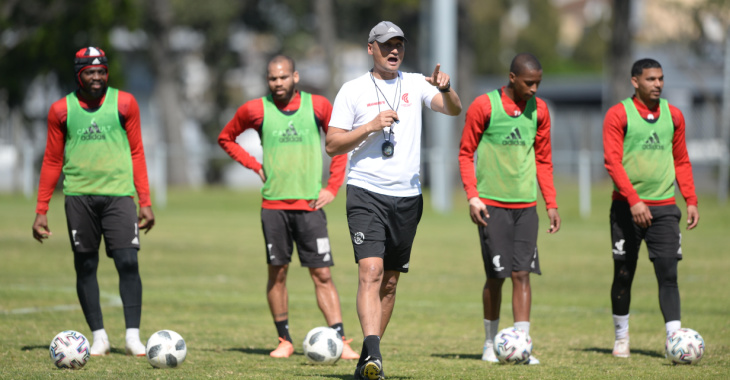 Cape Town Spurs will take on Jomo Cosmos in a 2021/22 GladAfrica Championship match at Tsakane Stadium, Brakpan, on Sunday afternoon. Kick-off is at 15h00 CAT.
The Urban Warriors will be raring to go again following a slow start to the season.
A frustrating 0-0 draw at home to Venda Football Academy was followed by a 2-0 loss at Polokwane City before the international break, in a match in which the visitors created a catalogue of goalscoring chances.
“Looking back at the last two games, we need to be a bit more ruthless and decisive in the attacking third. That is something we have been working a lot on,” head coach Dylan Deane said ahead of this weekend’s match.
“Jomo Cosmos is always a difficult challenge for us. They are a good team, very physical and play quick through the lines, and we need to counter that. We are confident, the preparations have been good. The last two results haven’t had a negative impact on us and we are eager to get that first win.”
Last season, Spurs lost 2-1 at home to Ezenkosi before a 0-0 draw in the reverse fixture.
Share Post: