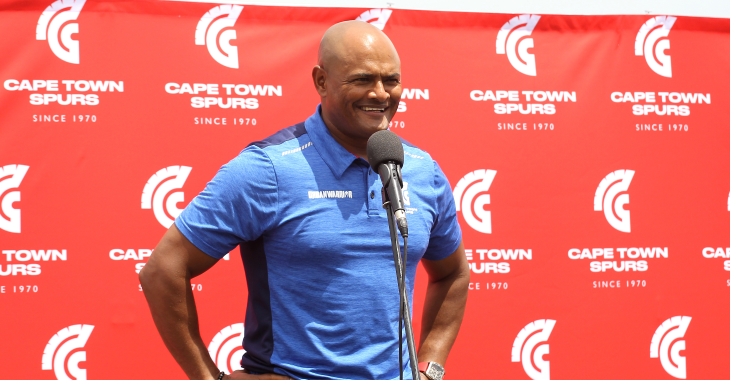 Cape Town Spurs will be eyeing a return to winning ways when they meet Tshakhuma Tsha Madzivhandila in a 2021/22 GladAfrica Championship match at Thohoyandou Stadium on Sunday. Kick-off is at 15h30 CAT.

The Urban Warriors are winless in five matches following a 2-1 loss to Richards Bay FC before the international break, and currently occupy 15th spot on the league standings.

TTM are 12th, four points better off than Spurs after 12 matches and go into the weekend on the back of a 2-0 win over Polokwane City.

“As disappointed as we were with the last result, we’ve had two weeks of great preparation. We played two practice matches which will obviously put us in good stead heading into the match against TTM,” said Spurs head coach Shaun Bartlett.

“We know it will be difficult travelling to Venda but the boys are looking a lot more confident. We have prepared well and I think the players understand a bit better of what is needed in order to address the situation we are in.

“For us, the quicker we get out of it the better everyone at the club will feel and then the players can really start to show their ability and talent that I’ve seen over the last few weeks that I’ve been here. Like I’ve told the players: ‘We only get what we work for and not what we deserve.’ We have to make sure we work harder and get results whether it be home or away.

“At the end of the day it is about getting the club out of the bottom half of the table and climbing the league standings as quickly as possible,” the Bafana Bafana legend added.