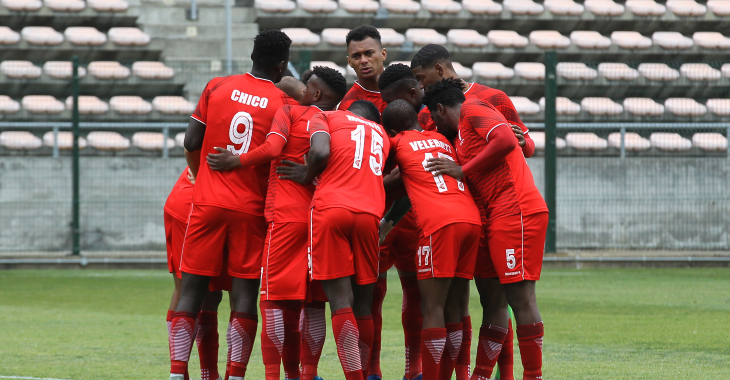 Cape Town Spurs will be looking to maintain their good form in the GladAfrica Championship when they face Hungry Lions at the Tafel Lager Park on Saturday.

The Urban Warriors extended their unbeaten run to three matches in the league when they defeated TS Sporting 2-1 at home last weekend with Eyona Ndondo and Honest Moyo (own-goal) scoring.

The victory took Spurs to the 12th spot on the league standings – three points above the relegation zone and they will be looking to move closer to the top half with a win over Lions.

Spurs head coach Shaun Bartlett will look to the Ndondo, who has been in good form for the Urban Warriors lately having scored in each of his last two matches.

The Mother City giants will be up against an in-form Lions side with the Northern Cape side having made it two victories in a row when they thrashed Polokwane City 3-1 away last weekend.

One of Lions coach Henry Basie’s key players is Angelo Van Booi with the attacker having scored in each of his last two matches for Ditau Dia Rora.

Spurs and Lions drew 1-1 in the first round league clash in Cape Town in September this year and it was also the first-ever meeting between the two sides.