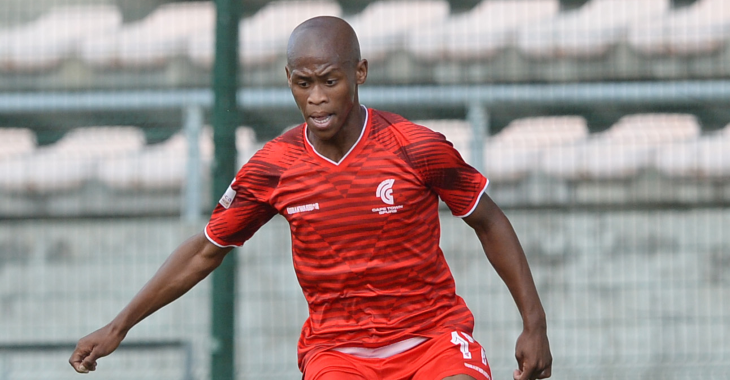 Cape Town Spurs’ return to action in the GladAfrica Championship saw them held 0-0 by hosts TS Sporting at the Kabokweni Stadium on Saturday afternoon.

The Urban Warriors will feel they should have come away with a victory from their first competitive fixture of 2022, but the point is nonetheless a valuable one as Shaun Bartlett’s side continue their slow but steady climb up the standings. They now have 21 points from 18 outings in the second-tier division this season.

Spurs started the stronger of the two teams, with the likes of Asenele Velibayi, Eyonda Ndondo and Tyrique Bartlett combining well in the early minutes.

Velibayi had the visitors’ first shot in anger, being set up by Gregory Damons on 13 minutes before shooting from the edge of the penalty area, but his effort was just wide of the mark.

Sporting built pressure as the half wore on, though the excellent Jairo Da Silva and goalkeeper Zama Dlamini ensured that the Urban Warriors had full control of their penalty area.

And Spurs wrestled back the initiative in the latter stages of the first half, even having a strong appeal for a penalty turned down, though the interval saw the teams locked at 0-0.

The Mpumalanga hosts dialled up the pressure in the opening minutes of the second half, once again forcing Spurs’ defence and goalkeeper into some fine work, with Dlamini’s solid handling at set pieces particularly reassuring.

Spurs then looked to shift the momentum back in their favour with a double change just after the hour mark, as Ashley Cupido and Diassonama Panzo Bunga ‘Chico’ came off the bench to change the shape of the attack.

And the Cape side nearly broke the deadlock on 70 minutes, with Cupido pulling a shot just wide of the mark as he looked to make a stellar impact on the game.

Five minutes later Jarrod Moroole had an acrobatic volley on target which produced a brilliant save out of Sporting goalkeeper Edward Maova to keep the score at 0-0.

The teams traded half chances in what remained of the game, but ultimately the defences were the winners as the full-time whistle confirmed a goalless stalemate and a share of the spoils.

Spurs will be back in GAC action on Tuesday 22 February when they welcome Free State Stars to Parow Park.