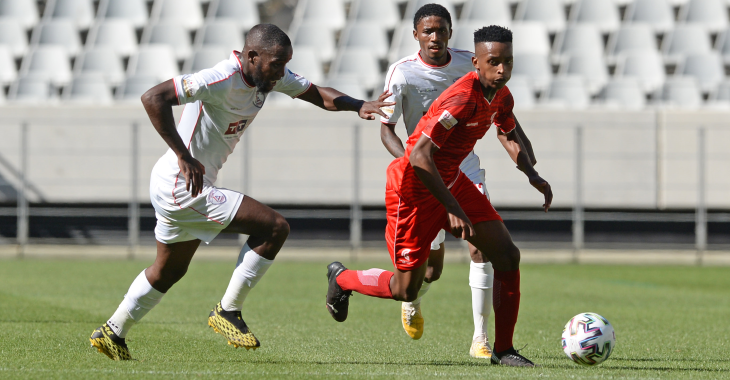 Cape Town Spurs will take aim at Free State Stars for a midweek GladAfrica Championship clash, set for Parow Park on the afternoon of Tuesday 22 February 2022.

Spurs come into the match on the back of a 0-0 draw away to TS Sporting at the Kabokweni Stadium on Saturday afternoon.

The stalemate represented a solid return to competitive action for the Urban Warriors, who created the better chances overall, but did have to weather some tough spells of attacking pressure from the Mpumalanga hosts.

The result sees Spurs placed 11th on the log with 21 points from 18 matches – seven points clear of the relegation zone and now just five points from the top half of the table.

That top half starts with eighth-placed Stars, who have not had a good 2022 thus far: Ea Lla Koto first fell out of the Nedbank Cup at the hands of lower league Sinenkani FC earlier this month, before suffering a 1-0 defeat at the hands of Cape Town All Stars on Saturday.

Nonetheless, the Free State side are in the running to finish in the top three and participate in the end-of-season playoffs, and therefore should not be underestimated.

In head-to-head terms, Spurs (including their previous identity as Ajax) and Stars have met in 34 matches across all competitions. Ea Lla Koto have claimed 13 wins compared to nine for the Urban Warriors, while 12 games have been drawn.

When the teams met earlier this season, at Goble Park in September 2021, they played out a 0-0 draw. Spurs’ last win over Stars was a 3-2 home triumph early in the 2019-20 season, and featured goals from Grant Margeman (two) and Eleazar Rodgers.