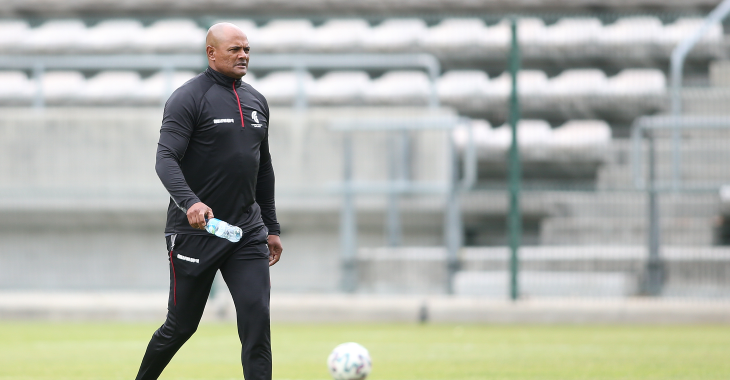 Cape Town Spurs head coach Shaun Bartlett has urged his players to learn from the disappointing 2-1 defeat to Black Leopards on Sunday after conceding in the 88th minute.

The Urban Warriors headed to the Thohoyandou Stadium on the back of a four-game unbeaten run in the GladAfrica Championship as they looked to halt Lidoda Duvha’s five-match winning streak.

The hosts took the lead via a 40th-minute penalty, but Spurs battled back to restore parity in the 59th minute through a spot-kick of their own, which was converted by Eyona Ndondo for his second goal of the season.

However, a lapse of concentration late on saw Bartlett’s side give away another penalty, resulting in their first loss in five league encounters.

More importantly, Pretoria Callies leapfrogged us in the standings and 14th-placed TTM joined our club on 31 points after both teams won over the weekend.

With two massive games coming up against University of Pretoria and Richards Bay, the coach has stressed the need for Spurs to claim at least three points out of the six on offer to avoid getting sucked into the relegation zone.

“It’s always disappointing when you can’t get a result, having to travel so far to Thohoyandou and Venda and the players gave their all,” Bartlett said.

“We worked really hard, we got back into the game, having gone a goal down but then a lapse of concentration and not managing the game properly, conceding in the last few minutes which is always for me a problem because that’s where your focus and concentration needs to be increased and our players need to learn from this.

“We’ve got two games to go against the two top teams in the league currently and we’ve got to make sure that one of these games we have to win in order to secure our status in the GladAfrica Championship.”