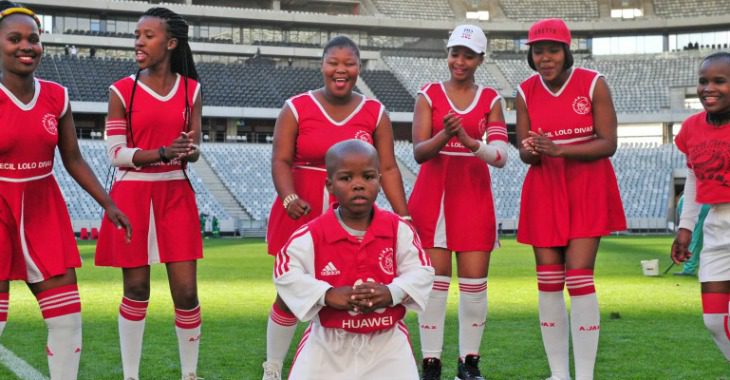 Ajax Cape Town welcomed 5-year-old Zizo from Mitchells Plain to our final game of the 2016-17 Premier Soccer League season; after watching a video of him dancing at his school.

Known as the ‘little boy with the moves’ – Zizo not only caught the eye of Run4Schools, but also the Urban Warriors marketing team with the club inviting him and his family to our match against Baroka FC at Cape Town Stadium late last month.

Zizo was afforded the opportunity to dance on the field at half-time, and boy the he bring all the moves!

Having crept into the hearts of the Ajax Cape Town faithful, head coach Stanley Menzo invited Zizo and his family to the VIP area after the game where he showcased some more of his eye-catching moves, with goalkeeper Brandon Petersen notable impressed by the little boys rhythm.