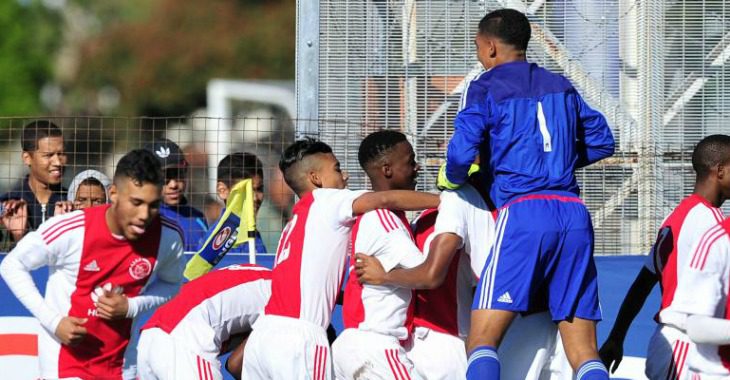 The draw for the 2017 Engen Knockout Challenge took place in Cape Town on Tuesday evening, with Ajax Cape Town drawn in Group B.

The regional’s will take place at Parow Park Sports Complex from 30 June – 02 July 2017, with 16 teams to go head-to-head for the coveted title.

Ikapa Sporting, Milano United and Glendene United have been seeded alongside the Urban Warriors.

Ajax Cape Town lost to Old Mutual in the final of last year’s competition, having defeated Glendene on penalties in the semifinals 12 months ago. Ajax Cape Town have tasted national success in the Engen Knockout Tournament/ Engen Champ of Champs before, winning the 2015 title following a commanding 3-0 win over SuperSport United in Atteridgeville.

The Cape side beat Atlantic Nacional 3-1 in the final of the regional/ Western Cape tournament to seal their place in the national showpiece. Widely regarded as one of the most prestigious youth tournaments in the country, the Engen Knockout Challenge has since its inception back in 2003 been a valuable stepping stone for over 100 players who have gone on to play professionally both locally and abroad.