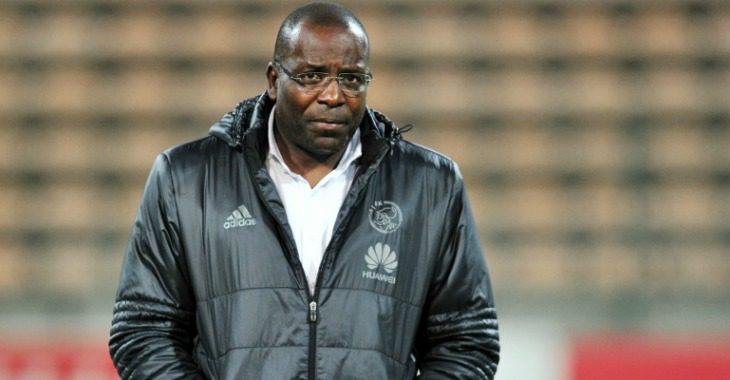 Ajax Cape Town head coach ,Stanley Menzo, has warned that promotion from the club’s Youth Academy to the Premier Soccer League (PSL) team is but the start of one’s career.

The Urban Warriors have continued to build on our rich tradition of nurturing talent for our First Team, with Young Ajax ace Leo Thethani having graduated into our PSL squad earlier this month following yet another stellar showing in the Netherlands.

Grant Margeman, who followed a similar route 12 months ago, never rested on his laurels and went on to make a notable impact in his first season playing top-flight football.

The midfielder made 14 appearances, scoring three times, on his way to scooping the Rookie of the Season accolade. Margeman’s performances also drew national acclaim with the 19-year-old going on to represent Amajita at the FIFA U20 World Cup in South Korea.

Menzo, though, is quick to underline the importance of hard work with the former Dutch international encouraging those who make the step up in the PSL Team to reach for the stars.

“The young players that are promoted to the PSL team need to earn promotion, not just think because you are in the Ajax Cape Town Academy that you will be automatically promoted,” Menzo said.

“When you are promoted, don’t think that you have made it. You have to earn it and you have to do the things required from you consistently, throughout the year and not just for a few weeks or during a tournament.

“When you are promoted don’t think you are there and that you have made it – few players have made that mistake in the past,” Menzo continued.

“In youth football you can make mistakes and mistakes don’t always have consequences. They [players who graduate] come from that environment to a league that is very physical, where you have to be mentally strong.

“In the PSL you have to fight, being promoted is just the start of one’s journey,” Menzo concluded.