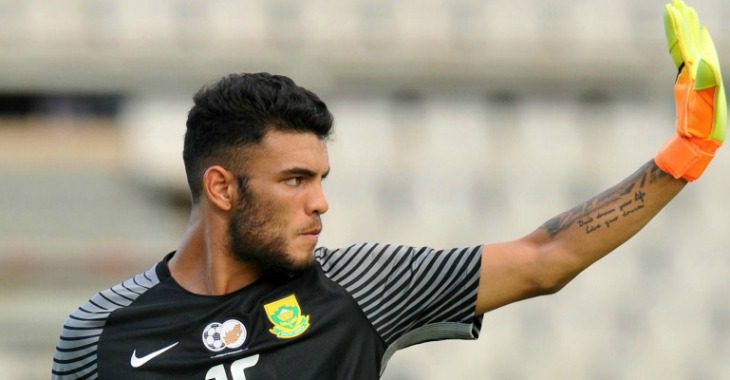 Ajax Cape Town goalkeeper Darren Johnson has safely touched down in Rustenburg where he will represent South Africa at the 2017 COSAFA Cup Tournament.
Bafana Bafana will only enter the Southern African tourney at the quarterfinal stage with Stuart Baxter’s team to take on the Group A winner (either one of Tanzania, Malawi, Mauritius or Angola) in Phokeng on Sunday, 2 July.

The tournament has been a valuable stepping stone for several Urban Warriors in the past, with regular national team player and Ajax Cape Town defender Rivaldo Coetzee having captained the national team at the 2016 edition in Namibia 12 months ago.

Johnson forms part of a very youthful looking team with Bruce Bvuma of Kaizer Chiefs and Boalefa Pule of SuperSport United to challenge the Ajax Cape Town goal-minder for the number 1 jersey.

The North West province has proved to be a fruitful stomping ground for Johnson in the past, with the Mitchells Plain-born goalkeeper having started between the sticks for Amajita at the 2016 COSAFA Cup U20 Championship in December last year.

The shot-stopper kept a clean-sheet in a 1-0 win over Botswana at Moruleng Stadium. Zambia would go on to beat South Africa in the final.