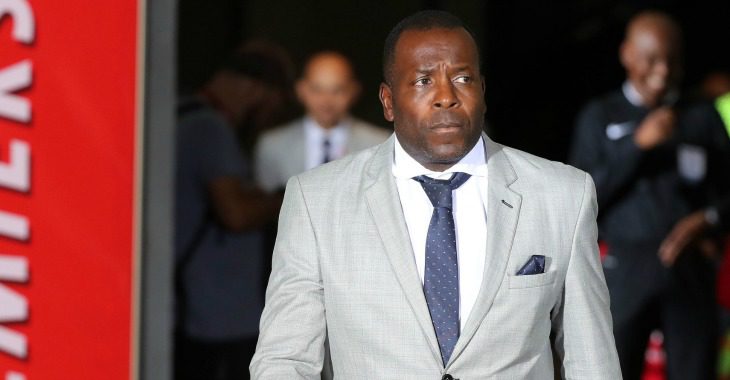 Ajax Cape Town are excited to announce an exciting shuffle to our technical team, a move that highlights our ambition as a club.

Boasting unrivalled playing and coaching experience ranging from Australia, across Europe in Belgium, England, France and the Netherlands, back to Mzansi and down to the Mother City – the Urban Warriors technical team is arguable the most experienced in South Africa.

First and foremost, former Ipswich and Leicester City forward Mich d’Avray, has been appointed as the Head of Football at Ikamva. The former Perth Glory, Bloemfontein Celtic, Moroka Swallows and Cape Town Spurs coach will drift into a more administrative role – taking control of all football matters at the club having served as Stanley Menzo’s assistant last season.

All departments with regard to football will fall under D’Avray – everything related to football.

As a result, Menzo will be assisted by Cape Town-born Boebie Solomons, who takes over as the new assistant coach at the club, ahead of the 2017-18 Premier Soccer (PSL) season.

The 62-year-old former Cape Town Spurs midfielder has enjoyed a distinguished coaching career which is deeply entrenched in the Mother City.

Solomons has tasted success in both the Absa Premiership and National First Division (NFD), having notable guided Santos to ABSA Cup glory in 2003 by beating the Urban Warriors 2-0 in the final.

He would go on to enjoy further coaching/administrative spells with Bidvest Wits – who he helped win promotion back to the top-flight just over a decade ago – Maritzburg United, Black Leopards, Winners Park, Santos, Polokwane City, Cape Town All Stars, Milano United and FC Cape Town.

As previously confirmed, Hans Vonk is the new Head of Youth with the former Bafana Bafana goalkeeper having manned the position for the past month. Former Ajax Cape Town head coach Foppe de Haan, who famously spearheaded the club to a second place finish in the 2010-11 season, will act in an advisory role. De Haan will oversee all Youth aspects at the club, with the former Netherlands U-21 head coach to help nurture and educate not only the players in our youth academy, but also the Urban Warriors Youth Academy coaches.

Furthermore, former South Africa international Duncan Crowie has been appointed as the head coach of Young Ajax (MDC and ABC Motsepe), filling the position vacated by Vladislav Herić. Crowie is a surname synonymous with football in Cape Town having enjoyed a fruitful career at Santos. The former goal-scorer guided Young Ajax on a successful trip of the Netherlands earlier this month with the U19’s well and truly turning heads in Terborg and Amsterdam.

“Boebie brings a wealth of experience required to assist Stanley in terms on knowledge about the local game,” said Ajax Cape Town CEO Ari Efstathiou. “He is well travelled, a Capetonian with a great resume and will bring valuable experience to our stellar coaching team.

With the perfect blend of Dutch precision and South African flair, the Urban Warriors are happy to boast a coaching team exuding incredible talent, excellence and experience. A perfect blend of national and international know-how that will undoubtedly take the club to the next level.

“It was always our vision to bring this quality technical team together and if we look at this team in terms of number of years of experience – different leagues and country’s – we have a selection of widespread views and opinions, a fantastic bunch of personalities to lead this club to success,” Efstathiou concluded.