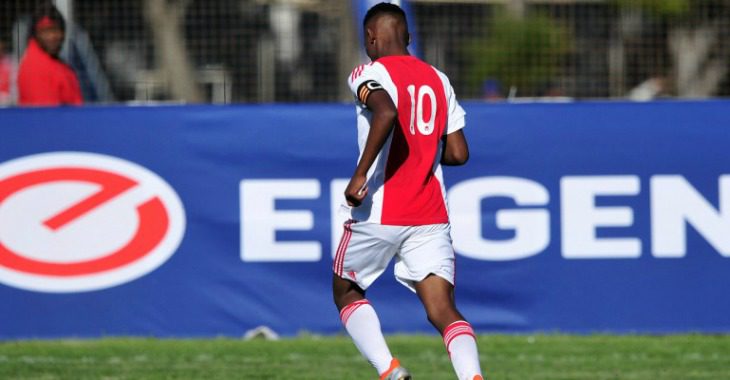 The journey to stardom beckons for many young football hopefuls via the Engen Knockout Challenge, and the Cape Town event starts today, Friday June 30th at Parow Park Sports Complex.

The Engen Knockout Challenge is a U17 tournament played in five cities across South Africa each year, namely in: Cape Town, Port Elizabeth, Durban, Bloemfontein and Johannesburg.

Old Mutal are the defending Cape Town Champions after beating Ajax Cape Town in the final last year, and our young Urban Warriors are eager to avenge that defeat by lifting the title this time around.

Ajax Cape Town have tasted national success in the Engen Knockout Tournament/ Engen Champ of Champs before, winning the 2015 title following a commanding 3-0 win over SuperSport United in that event.

This year, Ajax are in Group 2 alongside Ikapa Sporting, Milano United and Glendene United (a side they defeated on penalties in the semifinals 12 months ago).

Our Young Urban Warriors are first in action on Friday at 16h05 as they take on Ikapa Sporting on field B at the Parow Park Sports Complex.

They will play their second game of the tournament again on Friday, this time on field A at 18h30 against Glendene United.

Ajax’s last group game will only take place on Saturday when they face-off against Milano United on field A at 10h15.

The knockout games will transpire on Saturday afternoon with the semifinals and finals set for Sunday.

Keep a close on our social media pages, namely Facebook and Twitter, as we keep you updated with line-ups and scores from all of Ajax’s Engen Knockout games.