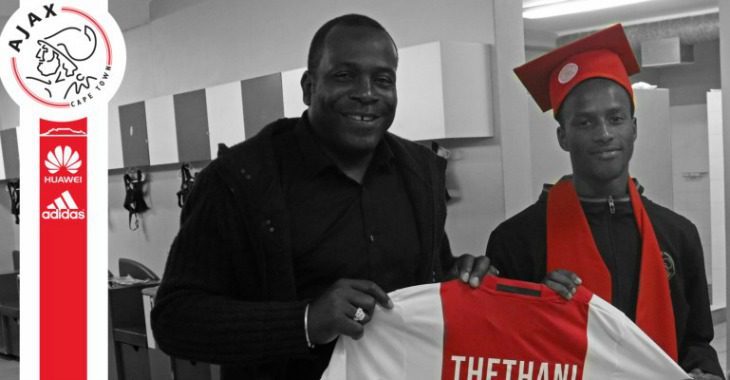 Leo Thethani has been promoted to the first team and will join the squad when they resume pre-season training for the 2017/2018 PSL campaign.

The Urban warriors finished 10th in the 2016/17 Absa Premiership season and the promotion of Thethani will be a major boost for Coach Stanley Menzo ahead of what is sure to be a testing campaign.

The Khayelitsha-born Thethani expressed extreme delight in his promotion to the first team and admitted that without the support of his family he would not be where he is today.

“I was born into a family that had the love of football and when I started playing at the age of eight I had all the support from my family and that motivated me to achieve more in football,” said Thethani.

“Now that I am in the first team that doesn’t mean I have made it, there is no time for me to relax.

“Basically what it means to me is that I must work hard because at the end of the day it will pay off.”

The-18 year-old added that being part of the first team won’t be a walk in the park and it will serve as a challenge to him, one he is looking forward to especially with help from the more experienced players

“Having guys like Grant Margeman, Luthando Mateza and Sergio Kammies in the first team will also help in the transition because I have played with them before,” explained Thethani.

Prior to his promotion to the first team Thethani won two accolades during the recent trip to Holland with the under 18 team.