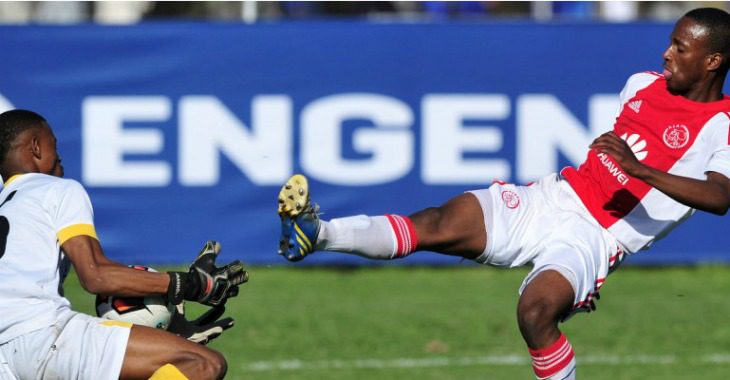 Our Young Urban Warriors have made it into the finals of this year’s Engen Knockout Challenge after another impressive day at the Parow Park Sports Complex on Saturday, July 1st.

After an inspiring first day of the tournament on Friday, where our U17 Ajax Cape Town side managed two wins from two, they youngsters played to a draw in their final group game and then won their quarterfinal match to reach the semifinals on Sunday.

Saturday, though, didn’t start that great for the young Urban Warriors who went a goal behind in their last group match against Milano United following a penalty.

Still our team showed true courage and spirit to fight back as they fought back to find an equaliser in the second half thanks to a strike from Oswin Appolis.

Ajax dominated the remainder of the match against Milano after levelling matters, but could not find the winning goal.

Still, it was enough to see them into the quarterfinals on the day where they faced D & G Orient on field C at 14h00.

The youngsters were back to their best in that game claimed a comfortable 2-0 win thanks to goals from Tashreeq Matthews and another from Oswin Appolis.

Ajax will now face Grassy Park United in the semifinals of the Engen Knockout Challenge on Sunday at 10h15 on field A of the Parow Park Sports Complex.

Keep a close eye on our social media pages, namely Facebook and Twitter, as we keep you updated with line-ups and scores from all of Ajax’s Engen Knockout games.