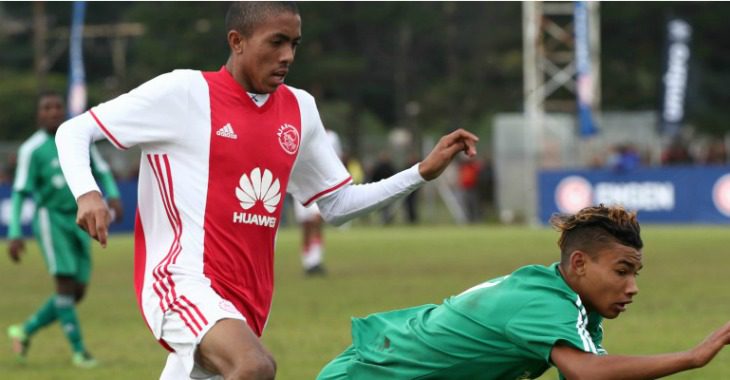 Despite going down 1-0 to the Old Mutual Academy in the final of the U17 Engen Knockout Challenge on Sunday at the Parow Park Sports Complex, our Young Urban Warriors did us extremely proud.

Our U17 Ajax Cape Town team scored seven goals on their way to the final, including a 1-0 win over Grassy Park United thanks to a strike from Athini Gcaki in the semifinal on Sunday morning.

Unfortunately, in the final itself our young Urban Warriors could not find the back of the net despite dominating large portions of the game.

Still, in spite of losing in the final our boys were recognised with individual awards for their performances over the weekend.

Captain Kiyaam Bull was chosen as the defender of the Engen Knockout Challenge while Oswin Appolis was voted as the midfielder and player of the tournament.

Full List of Ajax’s result from the Engen Knockout Challenge: