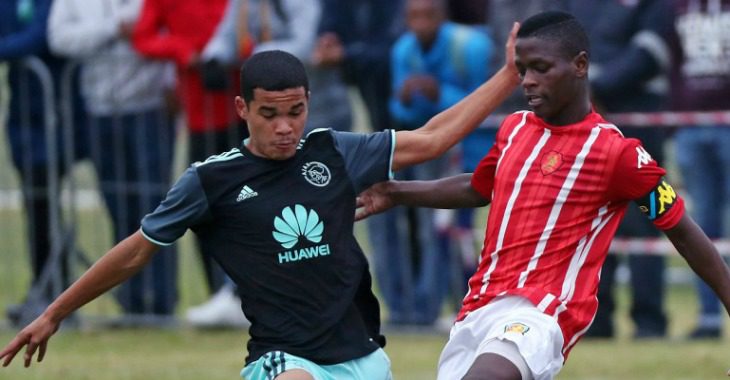 The U17 Ajax Cape Town side got off to the perfect start in this year’s Engen Knockout Challenge with two wins from two matches on Friday, June 30.

The U17 youth tournament got underway on Friday at the Parow Park Sports Complex and is set to run until Sunday when the final will take place – and the way the young Urban Warriors are playing they look like strong favourites to life the title.

Ajax’s first match on Friday saw them take on Ikapa Sporting on field B and they impressed with a rather comfortable 2-0 win thanks to goals from Athini Gcaki and Dale Wakefield.

Their second match on Friday saw them up against Glendene United and while it was a closely contested affair, a single goal from Tashreeq Matthews handed the young Urban Warriors a 1-0 victory.

Ajax’s final group game will only take place on Saturday morning when they face-off against Milano United on field A at 10h15, before taking part in the knockout stages of the tournament later in the day

The knockout games will transpire on Saturday afternoon with the semifinals and finals set for Sunday.

Keep a close on our social media pages, namely Facebook and Twitter, as we keep you updated with line-ups and scores from all of Ajax’s Engen Knockout games.