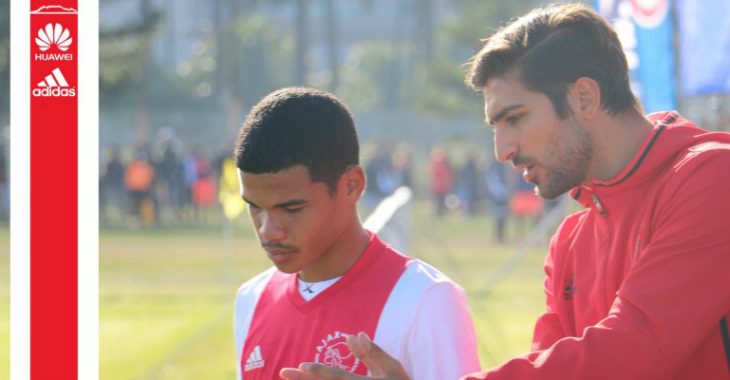 Scholiadis saw his side net seven goals en route to final of the tournament this past weekend, but were unfortunate to go down 1-0 to Old Mutual Academy despite controlling large portions of the match.

Still, Scholiadis was happy with his side’s performance and promised more from the youngsters in the future.

Firstly, congratulations on getting to the final of the Engen Knockout tournament…

Thank you very much.

What is one thing you noticed about the team’s in the tournament this season compared to last year?

I think the level is getting higher and higher, there was not one team where I could say this will be an easy opponent. I’m very impressed with the other team’s level and compliments to the coaches and staff of those clubs.

What can Ajax take out of this year’s tournament?

I believe we got to experience all levels of football this year. We got to experience winning, fighting our way back into a game and loosing. We as Ajax Cape Town use great tournaments like this to give our players all of those opportunities so that one day when they reach the PSL or Europe then they know how to deal with these moments.

Was there anyone who stood out for you from your team in this tournament?

For me personally I thought every member of the team pulled their own weight. The selectors highlighted the performances of Oswin Appolis and Kiaam Bull. These two were awarded midfielder and defender of the tournament, and Oswin also received player of the tournament. I was very proud of them.

Is there anything else you would like to add?

Sometimes the team can do everything right and still not get the result you want, but you have to live with that as a coach. I want to give a huge thank you to my mentor Duncan Crowie for trusting and guiding myself and the players.

I want to say thank you to all the boys who participated in the Engen Knockout tournament – they gave me 110 percent, so I’m very grateful.

I would also like to send a huge thank you to our medical department who often get overlooked. I was impressed at how good the condition of the boys was. We managed to get all the way through a tournament without any major issues, so thank you to Kurt Hensberg and Mongezi Mlenzana.