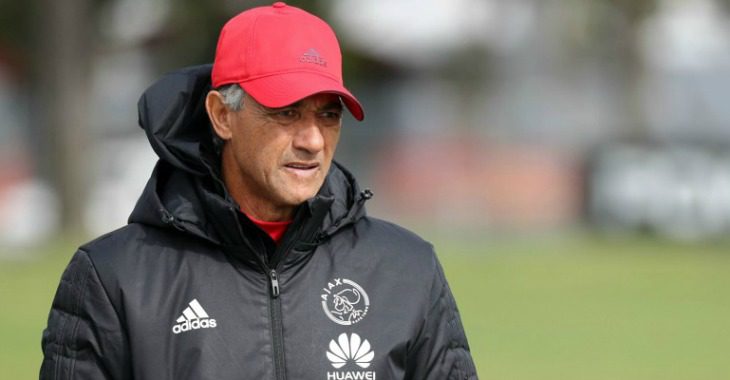 Ajax Cape Town assistant coach Boebie Solomons is happy with the progress made by the club over the past three weeks.

Solomons was roped in as Stanley Menzo’s right-hand-man last month, with the 62-year-old taking up the position vacated by Mich D’Avray who now serves as the club’s Head of Football.

The Urban Warriors are currently in Gauteng on a 5-day training camp in preparation for the 2017-18 Premier Soccer League [PSL] season.

Menzo’s troops kicked-off their trip with a 2-1 win over SuperSport United in Atteridgeville, to add to pre-season victories over Bidvest Wits and Cape Town All Stars.

Next up for the club is a clash against Martizburg United at Dobsonville Stadium in Soweto this afternoon [Wednesday], which will be duly followed by a match against National First Division [NFD] side AmaTuks on Friday before returning to the Mother City.

“Pre-season is going very well thus far,” Solomons said. “There is a good work ethic and willingness to learn and improve which is vital

“Getting positive results also helps a lot in terms of confidence for the new season.

“Results are not the most important thing at this stage, but the mind is very powerful and winning any match breeds confidence and self belief which we can carry into the upcoming season,” Solomons concluded.